The Bowmaker’s Wood
An Impressive Journey through Tradition, Culture and Emotion

The production of exclusive bows for musical instruments is still real craftsmanship. Bowmakers continue ancient traditions, but will they be soon among the last masters of their craft? They have been using Brazilian Pernambuco wood for more than two hundred years. Yet the stocks in Brazil are running low and the precious Brazilian wood from the Pau-Brasil tree is actually endangered and therefore protected.

More than 250 bowmakers worldwide have joined forces to form the International Pernambuco Conservation Initiative (IPCI), which aims to save the precious plant through reforestation programs. But is there any progress and is the initiative successful? In October 2019 a group of Austrian and German bowmakers visit the Brazilian Mata Atlantica and meet their local project partners. Most of the visitors will see the tree, that they are working with since years, for the first time.

Bowmakers such as Thomas Gerbeth from Vienna in Austria or Klaus Grünke from Langensendelbach in Germany, who are among the founding fathers of IPCI, have to use wood for new bows from their own stock since many years. When Pau-Brasil was placed on the CITES list of endangered species, it became almost impossible to get supplies legally. The majority of the trees that grow exclusively in the Mata Atlantica had already been chopped by the Portuguese from the 16th century onwards in order to be processed into red colorant.

Today only very small fragments of the Atlantic rainforest remain – one can hardly imagine, that it once has stretched along the coast from the Amazon to Argentina. With untiring efforts IPCI has managed to overcome many obstacles and achieved to plant almost 250,000 seedlings. According to conservative estimates, this is equivalent to ten times the amount of Pernambuco wood necessary for the worldwide manufacturing of violin bows since the beginning of modern bow making in the 18th century.

There are ongoing efforts by some bowmakers to replace Pau-Brasil with other materials such as steel or carbon composite structures. However, despite some interesting developments, the results are nowhere near the quality and popularity of Pernambuco.

In the documentary “The Bowmaker’s Wood” we provide unique insights into the craft of bow making and let renowned musicians talk about the benefits of violin bows made from Pernambuco wood. We accompany a group of bowmakers on their journey to the Serra Grande region in the Brazilian state of Bahia. Local experts will talk about the history of the Mata Atlantica and they will explain the ambitious afforestation projects and the ecological and cultural importance of this tree that many years ago gave its name to the country: Pau-Brasil, the wood with the color of red embers.

*
A documentary by Peppo Wagner 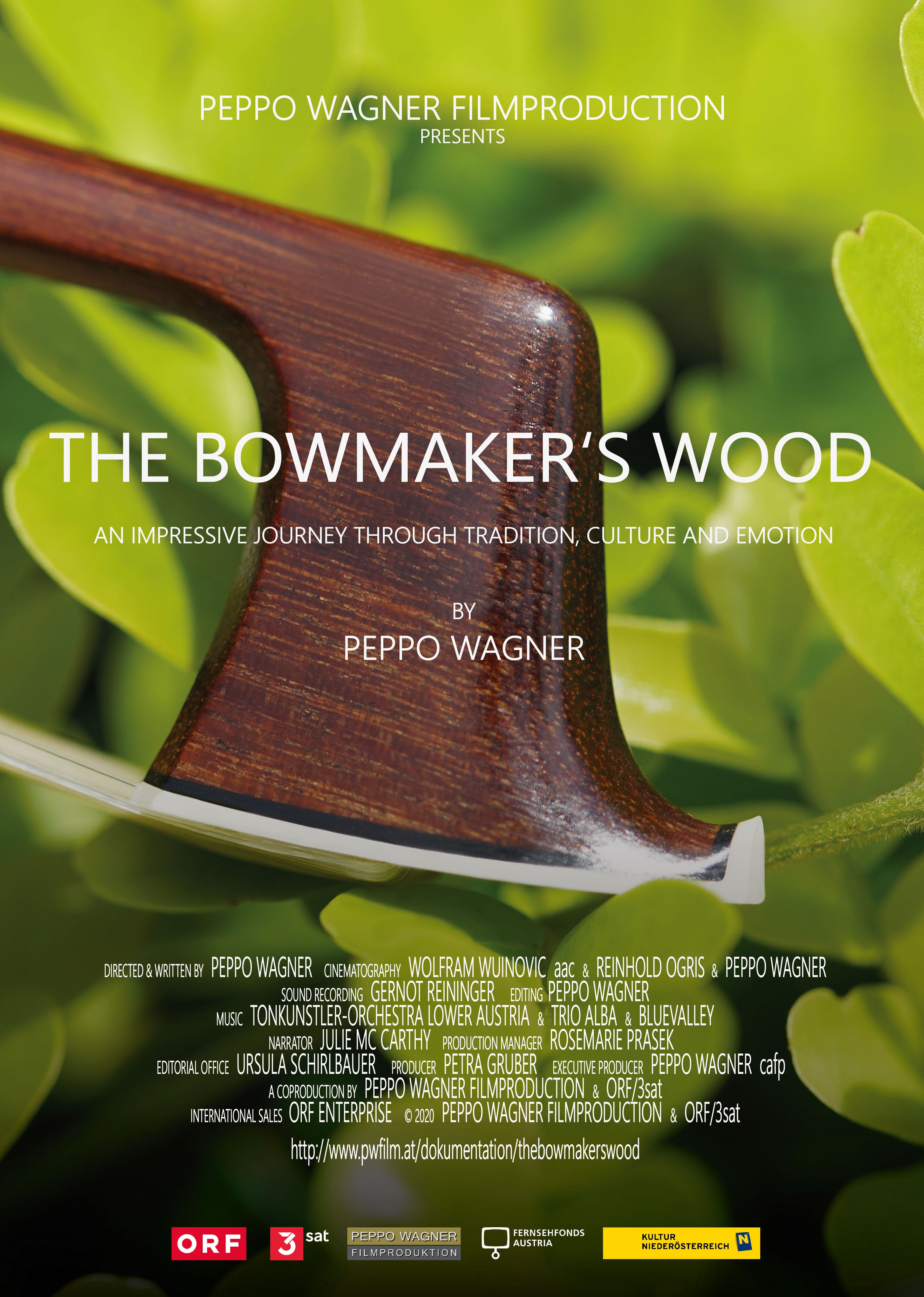 A Coproduction by:
PEPPO WAGNER FILMPRODUCTION and ORF | 3sat